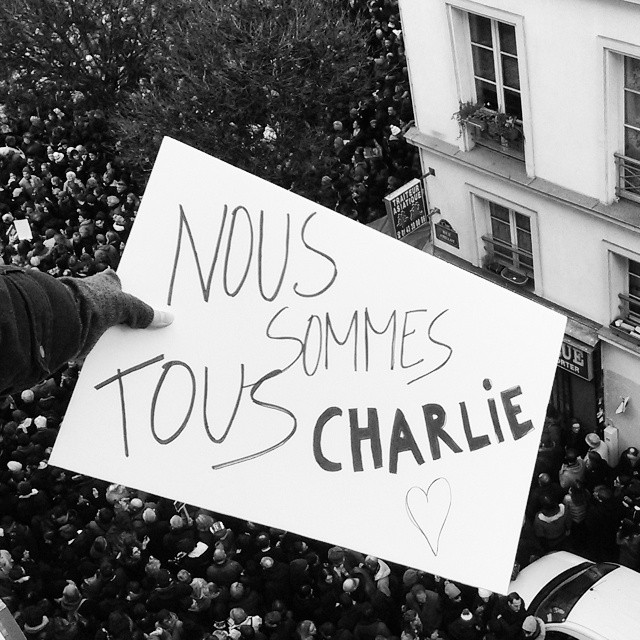 on January 11 | in diary, slider | by Chantal Hoogvliet | with Comments Off on Nous sommes tous Charlie

Paris, the 11th of January 2015, nous sommes tous Charlie. A beautiful peaceful march in Paris with 1,5 million people participating. Bobbi is hanging here out of the window on Rue Amelot, which is a street between the main Avenue’s of the march, with the board she drew just a few minutes before. It was a historical day.
If you look very careful you can see Patrick Bruel in the crowd.