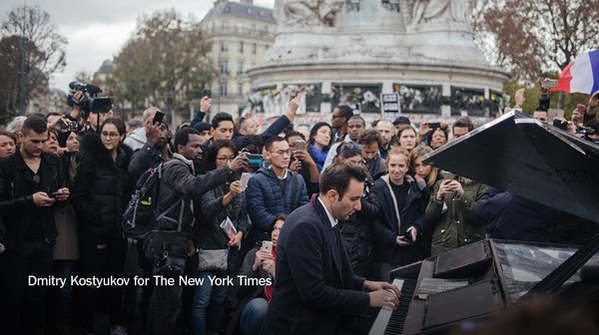 My stream featured on Periscope

on March 27 | in chantal sees, diary, wish you were here | by Chantal Hoogvliet | with Comments Off on My stream featured on Periscope

So many things happened after the night of the attacks in Paris, the 13th of November 2015.
I have to dedicate a big blogpost to the events in the near future. This was a very special moment to quickly post here, Monday the 16th of November Periscope featured one of my streams.

A piano player from Germany called Davide Martello, cycled up the Place de la Republique and played one song “Imagine” from John Lennon to take off again without saying a word, his action was dedicated to the victims of the Attacks in Paris that happened just 3 days before.

« This is how we DIY. Photos by @philippe.lacombe styled by @francedejer #airfrancemadame Windmills in Kinderdijk »